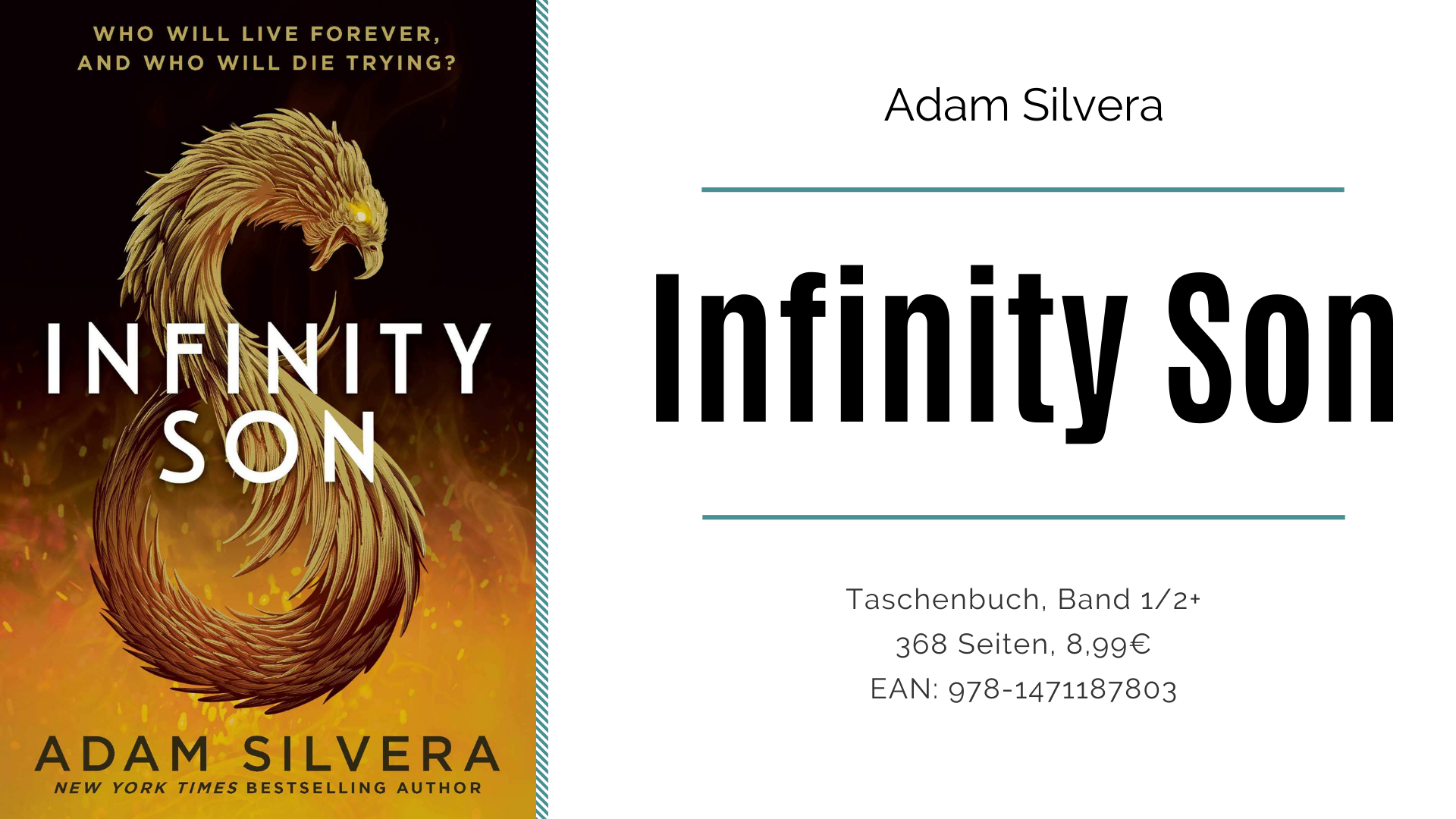 Growing up in New York, brothers Emil and Brighton always idolized the Spell Walkers—a vigilante group sworn to rid the world of specters. While the Spell Walkers and other celestials are born with powers, specters take them, violently stealing the essence of endangered magical creatures.
Brighton wishes he had a power so he could join the fray. Emil just wants the fighting to stop. The cycle of violence has taken a toll, making it harder for anyone with a power to live peacefully and openly. In this climate of fear, a gang of specters has been growing bolder by the day.
Then, in a brawl after a protest, Emil manifests a power of his own—one that puts him right at the heart of the conflict and sets him up to be the heroic Spell Walker Brighton always wanted to be.

Adam Silvera clearly won my heart with his contemporary novel „They both die at the end“ although I had already started falling for his writing in his book „What if it’s us“, co-written by Becky Albertalli. And even now that his newest publication is turning to another genre, I had no fear of following his proven skills of character building and writing emotional dialogues into it.

Infinity Son’s protagonists Emil and Brighton, brothers and also our most frequent points of view, are quite different when it comes to their characters, but still very similar when it comes to their bonding. Those who know me well, also know that I am a sucker for hardcore siblings and Emil and Brighton will most-likely stay on my top-list for a long time. Still I enjoyed their different expressions, their diverse thinking and acting and getting to know them both better. Therefore, I really missed Brighton’s perspective as the first of two or even three books is coming to an end. He has a crucial role in the final events, but we as readers are missing a lot of his thoughts and motifs although we can imagine them quite well. I still rather would have had some more pages from his point of view than from Maribelle’s.

Talking of Maribelle, let’s not forget to mention the other two characters who offer a lot of insights through their perspective. I heard we will get some more perspectives in the following book, but for now we were blessed with Maribelle and Ness to tell the other parts of this book’s events.

Everyone I touch burns.

Besides the amazing, diverse and contrasting characters, the book also offered a whole new reality of our world with great fantasy elements. People can be fully human, but also so-called Celestials – gifted with special abilities like flying, speed, etc. – and specters, who stole and infiltered the blood of mystical creatures into their own body and gained celestial-like powers. There is an on-going battle between certain Celestials – the Spell Walkers – and a group of specters called Blood Casters in which our protagonists are lately involved – though in different ways and from partly contrary sides. This offers a wide spectrum of views on the current, but also former events that lead to those in the first book.

Sadly, the author did not yet figure out and tell all the details about certain events which would have been great to read instead of only getting those slight insights provided until this point. Most-likely, we will get to know more about the politicians in power who constantly stir up the twist between human and celestials and about the events that deteriorated their relation – in the sequel. For now, I am really satisfied with Adam’s first attempt in the genre of fantasy because he has some interesting and persuasive ideas plus his typical authentic characters who made me fall for his books. I cannot wait to further follow Emil, Brighton, Ness, Mari and Iris into their future adventures and challenges.

What an amazing mixture of personal-finding and world-saving themes. I never before have been that fast into a new fantasy story and fell that lightly for all the perspective-characters. Though there still is a lot of unused potential and even some missing points in the world building and backstory, I am totally hyped for the up-coming sequels and the next challenges and battles Emil has to fight.

is the New York Times bestselling author of Infinity Son, They Both Die at the End, More Happy Than Not, History Is All You Left Me, and What If It’s Us with Becky Albertalli. All his novels have received multiple starred reviews. He worked in the publishing industry as a children’s bookseller, community manager at a content development company, and book reviewer of children’s and young adult novels. He was born and raised in New York. He lives in Los Angeles and is tall for no reason.  Q

[Favorite] "Somebody told me that this is the plac