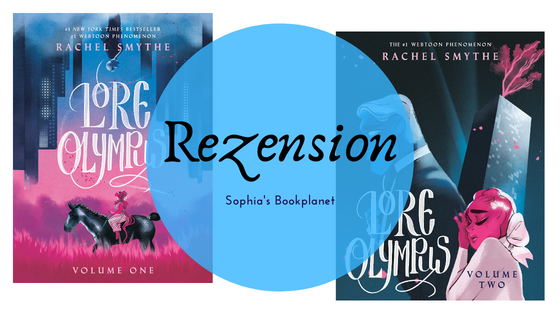 Persephone, young goddess of spring, is new to Olympus. Her mother, Demeter, has raised her in the mortal realm, but after Persephone promises to train as a sacred virgin, she’s allowed to live in the fast-moving, glamorous world of the gods.

When her roommate, Artemis, takes her to a party, her entire life changes: she ends up meeting Hades and feels an immediate spark with the charming yet misunderstood ruler of the Underworld.

Now Persephone must navigate the confusing politics and relationships that rule Olympus, while also figuring out her own place – and her own power. 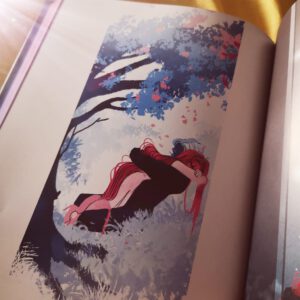 Persephone and Hades – a love story for all eternity

My best friend is a massive fan of everything that is connected to the Goddess of spring. So, it was no surprise to me that she turned up with a webcomic one day. The very day, read some pages and way confused and intrigued at once. Rachel Smythe creates something original although she draws us in with an all so often told story. Her portrayal of an high-tech, modern Olympus is original, while the ancient human realm seems almost boring in comparison – as do the affairs of the human next to the Gods and Goddesses’ ones. And there are a lot of God(desse)s in Rachel Smythe’s series – and I can only judge based on the first two volumes – whom we will soon learn to love, to hate, and to see with new eyes.

It’s not only the how, but the what.

Rachel Smythe’s style of drawing offers a wide range. She knows how to make scenes funny with more abstract, more comic styled pictures. On the other side, she has a talent for playing with colors and giving us enough details to see the characters in an almost live like manner. This mixture required me to get used to it, but finally I fell for it. I also needed some time to get acquainted with the different characters and their connections. Although I’ve read some ancient stories, I wasn’t familiar with all of them. But the author knows how to easily introduce us to the gods, the goddesses, and the other people we soon gonna love.

It’s not only about Hades and Persephone

It was so much fun discovering the different sides of our protagonists within the first novel. Neither Persephone nor Hades is one-dimensional, but they have got several layers that we are allowed to see before they even get to realize them themselves. Especially Hades is a cinnamon roll, but also Persephone has some unexpected traits to her character. I love her purity but love to see her stand up for herself and being straight-forward, as well. Moreover, other characters like Eros and Hermes are going to be a lot of fun to get to know, too.

The first volume only introduced us to the main characters and their conflicts but can only scratch on the surface. Nevertheless, I enjoyed getting to know the original world of this retelling. There are several back stories that will hopefully be explained further and told in more detail, as well. The second volume already allowed us to deal with some open threats after quite a cliffhanger. It also demonstrated more shades, more motivations, more conflicts to come within the course of the series. Unfortunately, we were only blessed with meeting Hera, Artemis, and Hermes again, but this second printed installment is definitely missing some Eros. I can’t wait to discover the story of the God of love some more. 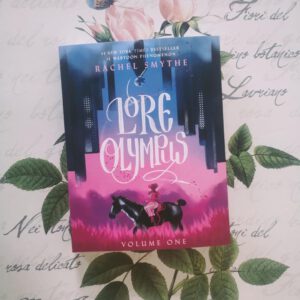 Volume 1 in a nutshell

This colorful and multi-layered retelling has only begun. I immediately fell for Hades and Persephone, but the minor characters are interesting as well. Right now, one can only assume how thought-out their individual stories are. Therefore, Rachel Smythe makes me curious to read more of her web comic. 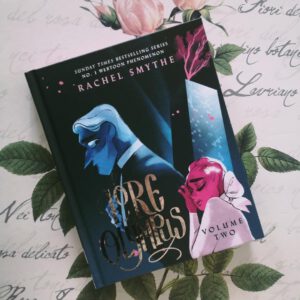 The second volume seems less focused and round to me, but has some amazing episodes. We get to experience Hera and Minthe some more and discover their motivations and wishes. The interactions between our protagonists are colorful in text and illustration.

The author and illustrator:

Rachel Smythe is the creator of the Eisner-nominated Lore Olympus, published via Webtoon. Source 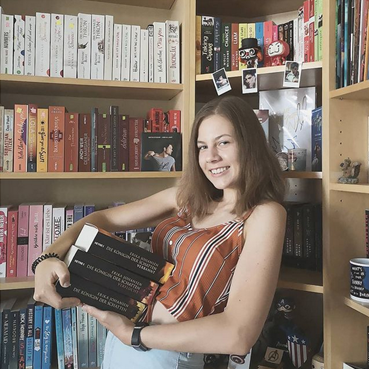