A murder…A tragic accident…Or just parents behaving badly? What’s indisputable is that someone is dead.

Madeline is a force to be reckoned with. She’s funny, biting, and passionate; she remembers everything and forgives no one. Celeste is the kind of beautiful woman who makes the world stop and stare but she is paying a price for the illusion of perfection. New to town, single mom Jane is so young that another mother mistakes her for a nanny. She comes with a mysterious past and a sadness beyond her years. These three women are at different crossroads, but they will all wind up in the same shocking place. Q (Werbung) 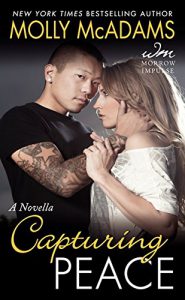 Coen Steele has spent the last five years serving his country. Now that he’s back, he’s finally ready to leave behind the chaos of the battlefield and pursue his lifelong dream. What he wasn’t expecting was the feisty sister of one of his battle buddies—who has made it obvious that she wants nothing to do with him—to intrigue him in a way no woman has before. — Reagan Hudson’s life changed in the blink of an eye six years ago when she found out she was pregnant and on her own. Since then, Reagan has vowed never to let another man into her life so that no one can walk out on her, or her son, again. But the more she runs into her brother’s hot and mysterious friend, the more he sparks something in her that she promised herself she wouldn’t feel again.

Can two people with everything to lose allow themselves to finally capture the love they both deserve? Q (Werbung)

Welcome to the Kingdom, a dazzling fantasy theme park where ‚happily ever after‘ is not just a promise, but a rule . . .

It’s a fairytale which ends in murder as the one of the ‚Fantasists‘ goes renegade… Ana, a half-human, half-android princess, is tasked with entertaining visitors and making wishes come true but now she’s on trial, after finding herself experiencing emotions and romantic feelings against all her programming.

Told through court testimony, interrogation records and fragmented flashbacks, The Kingdom has the futuristic appeal of Westworld and the twists and turns of a true-crime thriller. Q (Werbung) 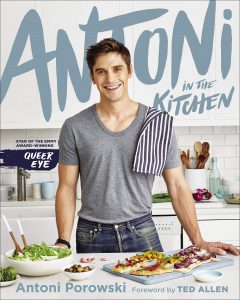 Antoni in the kitchen

Antoni Porowski, the food and wine guru on Netflix’s sensation Queer Eye, meets people where they live—literally. With appealing vulnerability, he shows cooks of all levels how to become more confident and casual in the kitchen. The verve and naturalness of his approach earned raves from Food & Wine and Bon Appétit to GQ and the New York Times, which noted his dishes prove that “sometimes simple is anything but simplistic.”

Some of the recipes in this book are weeknight healthyish meals, while others are perfect for off-the-cuff entertaining. Visual stunners, they’re often composed of fewer than five ingredients. Whether Bastardized Easy Ramen; Malaysian Chili Shrimp; Roasted Carrots with Carrot-Top Pesto; or Salty Lemon Squares, all can be carried off with panache, even by beginners. Q (Werbung)

[Want to Read] Today is a quite rainy day, so I st

[Traveling] What a great city - although too crowd

[New In] September is halfway gone. Seems like the

[New In] September is halfway gone. Seems like the

I'm already quite busy on keeping to my month's sc